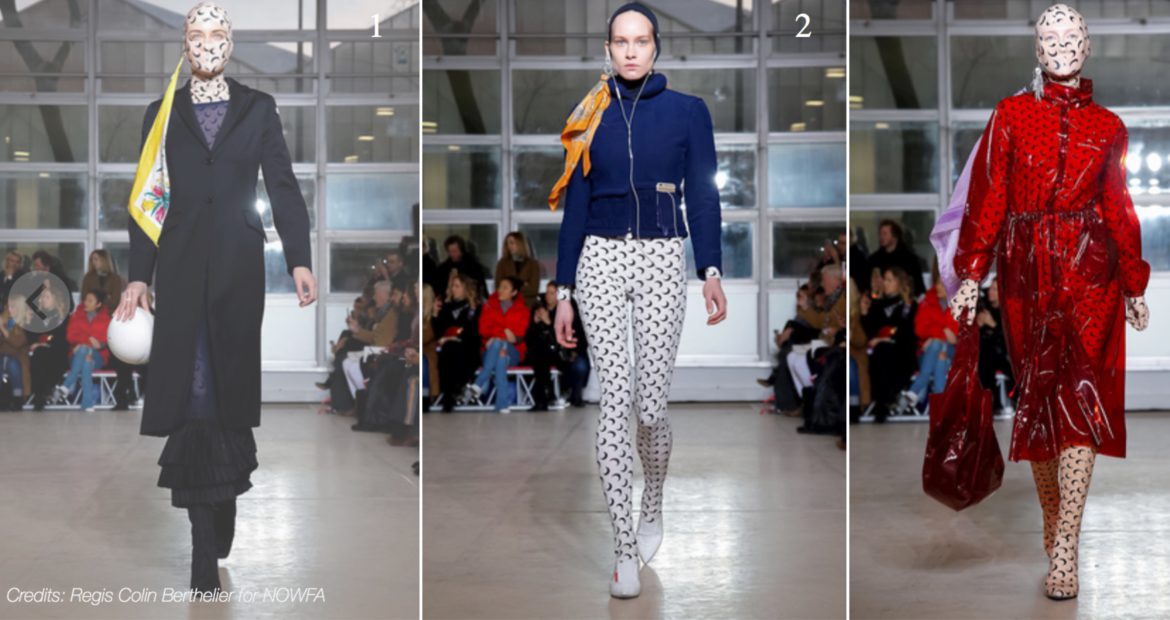 A unique story unfolded last month on the catwalk of the Paris Fashion Week, and our fabrics were part of it.

French upcoming designer Marine Serre ignited a sense of excitement in Paris when she announced she would hold her brand’s very first collection during the city’s fashion week. The reason for the enthusiasm is due to the fact that she is the first ever designer to win the prestigious LVMH-Prize without having an established brand. She won the award with only her graduate collection from l’Ecole Nationale Supérieure des Arts Visuels de La Cambre in Belgium.

Her first collection under her own brand was called Manic Soul Machine, and according to her a representation of the roller coaster ride of the first six months of leading her own label. Her collection was characterized by hybridity, functionality and a utilitarian mood, which was received with loud applause from the many spectators.

The amazing aspect of it all is that Marine decided to use Nanostitch fabrics to create multiple elements of her début collection. One of which was printed with her signature crescent moon symbol visible throughout her entire show. Our paths crossed when she was still studying in Brussels and look forward to providing her with world-class fabrics so she can continue in her wonderful endeavors.

This website uses cookies to improve your experience while you navigate through the website. Out of these, the cookies that are categorized as necessary are stored on your browser as they are essential for the working of basic functionalities of the website. We also use third-party cookies that help us analyze and understand how you use this website. These cookies will be stored in your browser only with your consent. You also have the option to opt-out of these cookies. But opting out of some of these cookies may affect your browsing experience.
Necessary Always Enabled
Necessary cookies are absolutely essential for the website to function properly. This category only includes cookies that ensures basic functionalities and security features of the website. These cookies do not store any personal information.
Non-necessary
Any cookies that may not be particularly necessary for the website to function and is used specifically to collect user personal data via analytics, ads, other embedded contents are termed as non-necessary cookies. It is mandatory to procure user consent prior to running these cookies on your website.
SAVE & ACCEPT
Menu