Nanostitch Rolls With The Punches Once Again 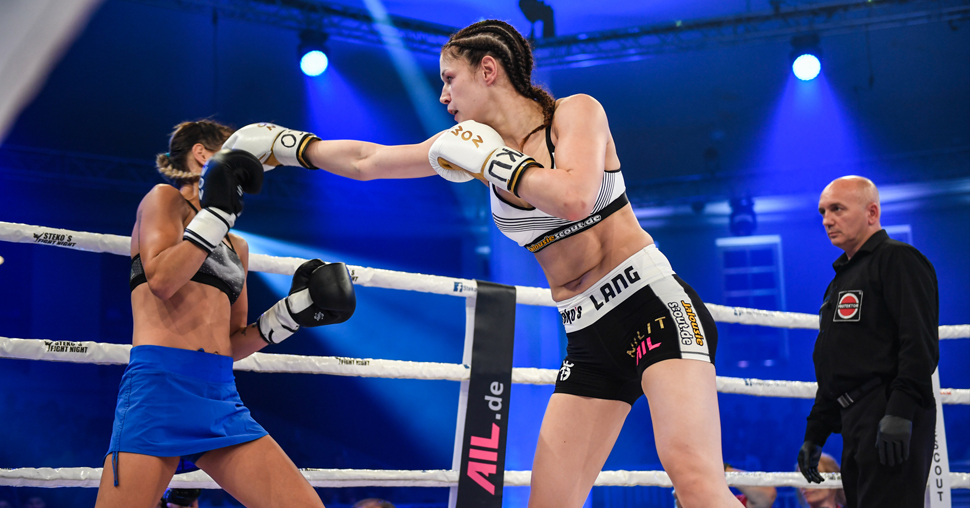 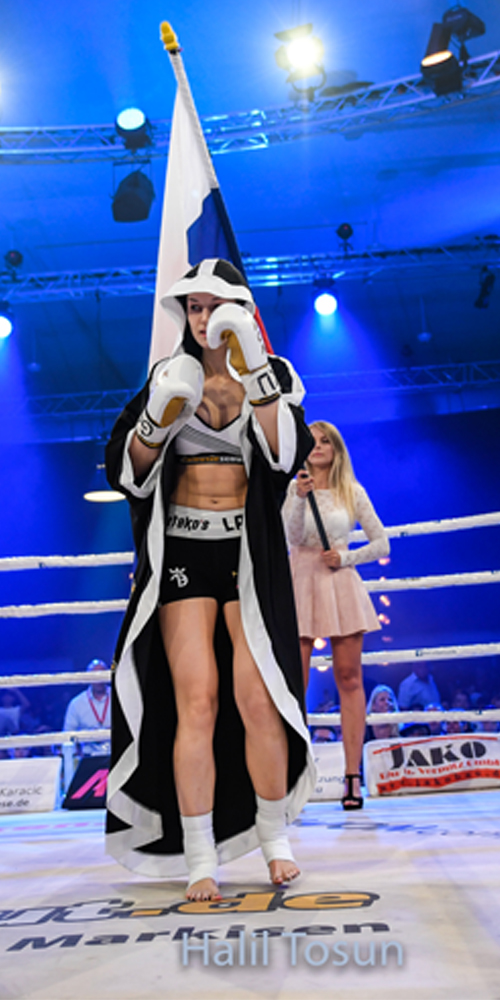 Our very own textiles were in the heat of battle at Steko’s Fight Night in Munich where the women’s and men’s WKU world championship belt was up for grabs.

Marie defeated Lucia Krajcovic in a titanic battle lasting till the very end. Although she won on points there was no doubt she would retain her world-championship belt as she dominated the entire fight, resulting in a unanimous jury decision in her favour. And she did all this whilst wearing products made from our very own performance textiles. Marie’s cape, shorts and bra (see photo) were made in our very own garment making lab using our Nanostitch fabrics powered by Nilit® fibres.

The design is part of the Royal Thirteen® brand, a special collection designed by Marie herself. Sebastian also defended his title with succes, it only took him five rounds to defeat his Swiss challenger Robin Wildhaber. As during his world champions ship fight in May Sebastian was wearing his Royal Thirteen shorts powered by our Nanostitch fabric and Nilit fibres.

Our products seem to be a perfect fit for world-champions like Marie and Sebastian.

Looking forward to jumping in the ring with them again soon!

This website uses cookies to improve your experience while you navigate through the website. Out of these, the cookies that are categorized as necessary are stored on your browser as they are essential for the working of basic functionalities of the website. We also use third-party cookies that help us analyze and understand how you use this website. These cookies will be stored in your browser only with your consent. You also have the option to opt-out of these cookies. But opting out of some of these cookies may affect your browsing experience.
Necessary Always Enabled
Necessary cookies are absolutely essential for the website to function properly. This category only includes cookies that ensures basic functionalities and security features of the website. These cookies do not store any personal information.
Non-necessary
Any cookies that may not be particularly necessary for the website to function and is used specifically to collect user personal data via analytics, ads, other embedded contents are termed as non-necessary cookies. It is mandatory to procure user consent prior to running these cookies on your website.
SAVE & ACCEPT
Menu